The literary student society of Groningen!

A cup of tea, a nice chair and a good book. In Flanor, the word 'literary' is broadly interpreted. Fantasy novels, coming-of-age stories, graphic novels, but also the classics or obscure literature from places far away: Flanor reads everything. Don't fear page counts or long dead-authors with complicated names. Reading is for everyone!

For Flanorians that can't enough of reading and writing we invite a speaker every month. So far, Flanor has received Buddy Wakefield, John Flanagan, Jeff Vandermeer, Connie Palmen, Hanna Bervoets, Ronald Giphart and many more!

Literature isn't the only thing that keeps Flanor busy. We organise movie nights, running dinners,  game nights, drinks, excursion and a lot more! For example, every year we take a trip to Schiermonnikoog en every spring we go to the wonderful Drenthe. Next to a bunch of reading groups, there are Flanor groups dedicated to cooking, Dungeons & Dragons, music, writing and last but not least: memes.

Flanor also has it's own magazine, the Literatief, where you can read juicy quotes, interviews, book reviews and work written by Flanor members. We also have a Flanor radio, full of recommendations and fun chatter. You can do as much as you want in Flanor. Ten reading groups, or just one, board, editing for the Literatief, or you can take it easy and hang out every once in a while. You are welcome to join us anytime. 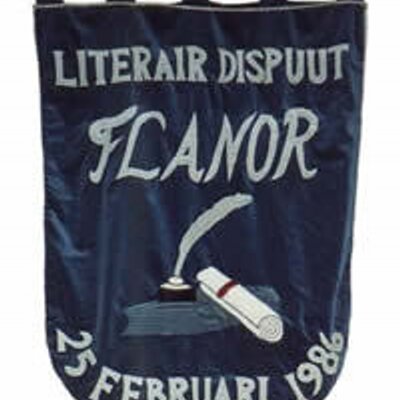